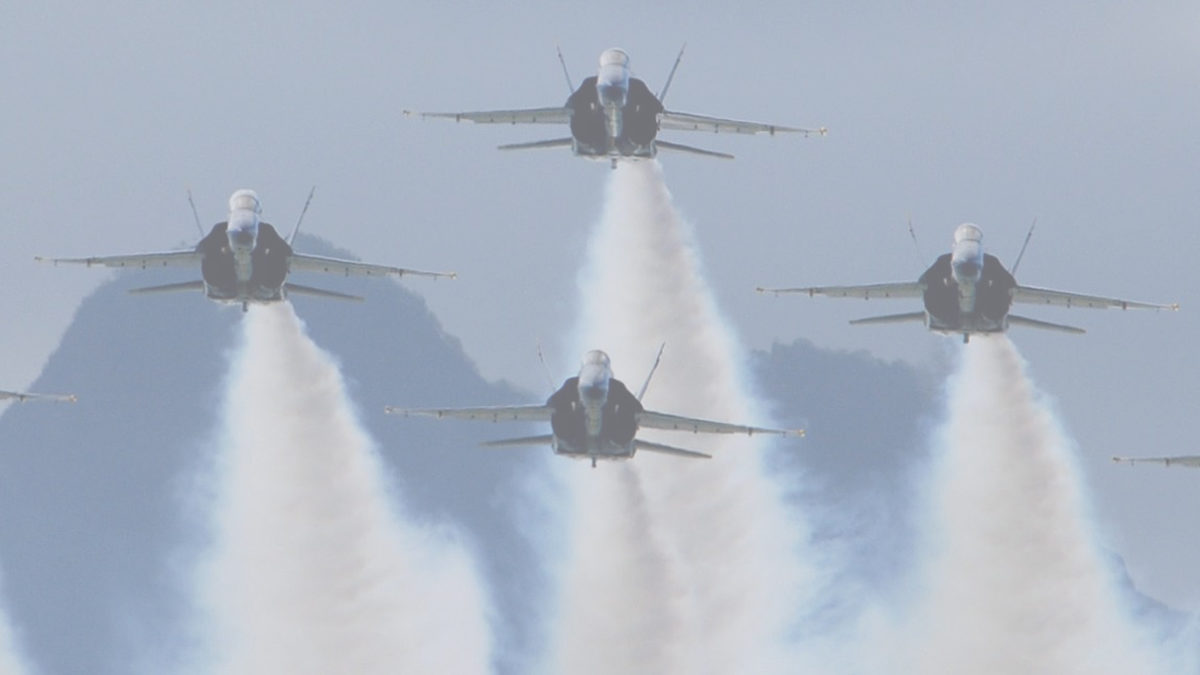 We Could All Use Some Angels Right Now

The Blue Angels (and Thunderbirds) were in town this past weekend to salute the heroic work of first responders and health care workers around the country. The hospital flyover by the Navy and Air Force precision air teams provided a much-needed distraction in your Nation’s Capital.

Then it was back to reality. Employment losses not seen in 100 years. Negative prices for American crude oil. Death and infection rates that stubbornly refuse to subside. US – China relations degrade anew on trade and military fronts.

Despite a lack a clear improvement against the spread of the virus, various parts of the country are now working through the painful process of trying to restart their economies. This month’s issue chronicles several of the factors making this a difficult challenge. The FTZine staff hopes all will be well, and all will be vigilant.

On April 19th President Trump signed an Executive Order including a 90-day extension of the time to make certain payments to U.S. Customs. Most FTZs will have a difficult time accessing this deferral provision. Requirements under the Executive Order and the ensuing Temporary Final Rule issued by Customs and Border Protection include:

The importer need not file additional documentation with CBP to confirm eligibility, but must maintain such documentation for possible CBP review

Are you new to self-filing and want to make your own payments under CBP’s Periodic Monthly Statement (PMS) program? Even if your broker previously filed PMS payments, you still have some set-up work with CBP to make those same payments via PMS yourself.

Periodic Monthly Statement is a feature of the Automated Commercial Environment (ACE) that simplifies the payment and collection of duties and fees. PMS allows users to consolidate duties and fees into a single payment the following month. That 15 – 45 day deferral can make your Finance department very happy. So, what do you need to do to get set up?

If you are switching to self-filing, you will need your own filer code from your local CBP office, and set up your Automated Clearinghouse (ACH) Debit or Credit account to permit payment directly to the U.S. Treasury. Then you must ask the ACE Help Desk to link your ACE Top Account to your new filer code if that has not been done already. Finally, you can then request that the filer code be activated for PMS. Have questions? We’re here to help. Contact us at Info@iscm.co. 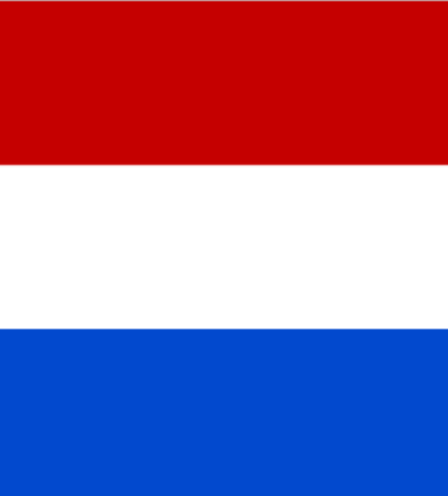 Are New Bracelets A Key To Reopening The Economy?

Europe’s second largest port is planning to use digital bracelets to enforce social distancing requirements. By introducing the bracelet, the Port of Antwerp will become the first business to use the innovation developed by Dutch technology company Rombit.

In a statement, Rombit insisted that user privacy is guaranteed as the bracelet never passes on employee location or other sensitive information to the employer. That could avoid the privacy concerns Americans may have with any phone-based app set up to track and trace contact with others.

Rombit CEO John Baekelmans also commented: “The new ‘1.5 metre economy’ depends on reliable aids” that help enforce distance guidelines that are likely to be part of any return to the workplace.

Relations Between US and China Show No Signs of Improving

The coronavirus has evaporated any sense of goodwill between the world’s two largest economies. The reduction of tensions capped by signing the Phase One trade agreement just last December has devolved into tension on multiple fronts, headlined by trade.

Against a backdrop of rising tension between the world’s two economic superpowers, the Dow Jones industrial average fell by more than 2% last Friday to start the month of May. Share prices fell 2.5% in London and 2.8% in Japan.

Trade is not the only source of friction between the countries. Last Tuesday the guided-missile destroyer USS Barry sailed near the Paracel Islands, challenging Beijing's claims to the waters in the South China Sea.

For its part, Beijing said after Tuesday's US operation in the Paracels that Washington is increasing tensions in the region and at the same time hindering the battle against the Covid-19 pandemic.

"China urges the United States to focus on its own business with pandemic prevention and control, make more contributions to the global fight against the Covid-19, and immediately stop military operations that are detrimental to regional security, peace and stability," Senior Col. Li Huamin, spokesperson for the People's Liberation Army Southern Theater Command, said in a statement.

Secretary of State Pompeo said it was Beijing that was using the pandemic to further its claims in the South China Sea.

"The CCP (Chinese Communist Party) is exerting military pressure and coercing its neighbors in the SCS, even going so far as to sink a Vietnamese fishing vessel. The US strongly opposes China's bullying and we hope other nations will hold them to account too," Pompeo wrote in a joint announcement with the Association of Southeast Asian Nations.

US Trading Partners Also Suffer In The Pandemic

The declining fortunes for America’s trading partners were reflected in their appetite to import American goods - U.S. exports dropped dramatically last month. Last week the Department of Commerce revealed that the U.S. economy had suffered its most severe contraction for more than a decade, after GDP shrank 1.2% in the first quarter of the year.

Japan’s exports slumped the most in nearly four years in March as U.S.-bound cars fell at the fastest rate since 2011. Ministry of Finance data showed Japanese exports fell 11.7% in the year to March.

In Germany, unemployment has increased though it remains relatively low compared with other eurozone nations.

France experienced a 5.8% decline in first quarter gross domestic product (GDP) which was the largest decline since recording began in 1949. Spain saw a GDP contraction of 5.1% while Italy's economy shrank by 4.7%.

South Korea’s exports dropped 24% from a year earlier, the trade ministry said, led by sharp falls in exports of ships, cars and auto parts, semiconductors and oil products. The export slide was the biggest since May 2009 and contributed to South Korea’s first trade deficit since January 2012.

Last Thursday, figures from the U.S. Department of Labor showed that 3.8 million more Americans filed claims for unemployment benefits last week, bringing jobs lost during the pandemic to about 30 million.

Almost every country on the planet is being affected. The IMF expects 170 nations - rich and poor - to experience a decline in economic activity per person this year. That means falling average living standards, which may hit developing economies particularly hard.

Several factors contribute to the disproportionate impact the pandemic will have on developing nations.

Many are exporters of commodities used by industry. The shutdown of many factories around the world means there is less demand for those commodities, so their prices, such as for oil, have fallen, sharply in some cases.

Developing countries have also had to contend with international investors pulling money out.

Then there have been sharp declines in currency values for many countries. That is another sign of investors wanting to get their money out. This decline in the value of a national currency makes it more expensive to repay, or pay interest on, debts to other currencies.

The IMF agreed to cover the payments due from 25 countries, mostly in Africa, over the next six months, from a trust fund financed by donations from member countries, including a recent pledge of $185m by the UK.

The U.S. and Canada agreed to keep the northern border closed to nonessential travel for another 30 days.

Canadian Prime Minister Trudeau said it will keep people on both sides of the border safe amid the pandemic.“The agreement is the same terms. It’s just extended for another 30 days. It will ensure we continue to get essential goods and services back and forth across the border.”

The United States and Mexico also extended restrictions on nonessential travel across the border for an additional 30 days to prevent the spread of the coronavirus.

We Could All Use Some Angels Right Now – The Blue Angels (and Thunderbirds) were in town this past weekend to salute the heroic work of first responders and health care workers around the country. The hospital flyover by the Navy and Air Force precision air teams provided a much-needed distraction in your Nation’s Capital.
Then it was back to reality. Employment losses not seen in 100 years. Negative prices for American crude oil. Death and infection rates that stubbornly refuse to subside. US – China relations degrade anew on trade and military fronts.
Despite a lack a clear improvement against the spread of the virus, various parts of the country are now working through the painful process of trying to restart their economies. This month’s issue chronicles several of the factors making this a difficult challenge. The FTZine staff hopes all will be well, and all will be vigilant.