We Interrupt This Broadcast . . .

The FTZine Staff wants to wish all of our readers a Happy New Year! 2019 is shaping up to be another big year for trade, with major U.S. negotiations taking place with the world’s largest economies including China, Japan, Canada, and Mexico.  Amid all of those discussions, the federal government needs to find a way to restart as a shutdown has closed many “non-essential” functions that are essential for FTZs. This interruption of services may mean a rocky start to the new year for operating zones as discussed in this issue.

Arriving back at the Capitol this week, Senate Majority Leader Mitch McConnell said there was no new progress towards ending the current federal government shutdown. In the meantime, agency closures will have a significant impact on FTZs

At the top the list is the closure of the U.S. Foreign-Trade Zones Board. No action will be taken with respect to any FTZ applications or administrative actions submitted to the Board. Don’t bother trying to get a jump on your 2018 Annual Report either - the website is even shut down.

ACE is operational but help desk support is uncertain and most ABI client representatives appear to be furloughed. This has caused issues as a revised HTSUS went into effect yesterday and includes some technical changes that caught zones off guard.

As shown in our lead photo, the shutdown list also includes USDA, which regulates imports of wood and other agricultural products. At least portions of the International Trade Commission (ITC) and the Department of Justice are also on furlough.

President Trump has insisted he wouldn't accept anything less than $2.5 billion for his long-promised border wall. He added that the shutdown could last "a long time and it could be quickly." Stay tuned to see how this stalemate will affect the zone program this year. .

There are 60 days left until the current trade “truce” with China ends and ‘List 3’ tariffs increase from 10 to 25%. President Trump said on Twitter this past weekend that he had a "long and very good call" with Chinese President Xi Jinping.

"Just had a long and very good call with President Xi of China," the President wrote. "Deal is moving along very well. If made, it will be very comprehensive, covering all subjects, areas and points of dispute. Big progress being made!"

President Xi was said to tell President Trump that he hopes to push forward a Sino-U.S. relationship that is coordinated, cooperative and stable, Chinese state media reported. This would be very positive news for FTZs if it signals that an end to the punitive tariffs is not far off.

In December, China expressed confidence in striking a trade deal with the United States within the 90-day ceasefire period, praising the recent meeting between the Presidents as highly successful.

In Argentina during the G-20 Summit, the two countries agreed to a truce that delayed the planned Jan. 1 U.S. hike of tariffs to 25 percent from 10 percent on $200 billion of Chinese goods while they negotiate a trade deal.

Recent economic data from China is perhaps adding pressure for the two sides to come to an agreement. The Caixin/Markit manufacturing purchasing managers index for China sank last month to 49.7, falling below the 50 mark that represents contraction for the first time since May 2017.

That slide followed similarly gloomy results earlier in the week from the Chinese government. The sense of impending malaise spread elsewhere in Asia, with production activity in Malaysia and Taiwan shrinking to its slowest pace in years.

The Hang Seng Index in Hong Kong responded by falling nearly 2.8 percent on the first trading day of 2019. The Shanghai composite index slipped 1.15 percent. In Australia, the S&P/ASX 200 was down 1.6 percent. S&P futures also took a hit.

Trade is not the only issue that seems to be keeping the superpowers from coming to a deal. One of China's major concerns is U.S. interference in areas it considers "internal" matters.

A major flashpoint is Taiwan. Earlier this year, for example, the President approved a $330 million arms deal with Taiwan, following up on a previous deal of $1.3 billion. These sales irk China because they directly conflict with Beijing's long-standing policy that there is only one Chinese government, and Taiwan is merely a breakaway province that will inevitably be reunited with the mainland.

Another sticking point is the South China Sea, where the Chinese government has been increasingly aggressive in asserting territorial claims at odds with its neighbors. In the past, the U.S. has acted as a counterweight to China's claims, adding to tensions.

Both of these issues have implications for the trade war. China may be willing to absorb some economic losses in exchange for standing firm on issues it views as vital to the national interest, but as those losses mount it remains to be seen if they may yet force a deal. 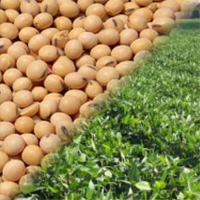 TPP Marches On Without U.S. – Will Exports See Impact?

A historic 11-country trade deal known as the Comprehensive and Progressive Agreement for Trans-Pacific Partnership was ratified by seven of its members just before the end of the year. The CPTPP had been called the TPP before the U.S. withdrew from the agreement.

The agreement will slash tariffs among the 11 nations, making the goods of non-CPTPP members such as the United States less competitive in those markets. American beef and wheat exports, in particular, are expected to suffer, as could other types of exports important to the U.S. FTZ industry.

The CPTPP was ratified by seven of its member countries this past Sunday. Now that the massive free trade pact is a reality for Australia, Canada, Japan, Mexico, New Zealand, Singapore and Vietnam, the remaining four members — Brunei, Chile, Malaysia and Peru — are soon expected to follow suit.

The milestone agreement, a refurbished version of the Trans-Pacific Partnership, will slash tariffs among the 11 nations that cover 14 percent of global growth, making their exports cheaper in each other's markets. Around 90 percent of planned tariff cuts will be immediately take place, HSBC said in a note on Sunday, adding that businesses will benefit from reduced administrative costs thanks to other benefits such as pre-arrival customs clearance.

The goods of non-CPTPP members such as the United States are now expected to be pricier and less competitive in the 11 CPTPP countries. American meat and agricultural products are particularly expected to suffer in CPTPP nations that don't have free trade arrangements with Washington.

Japan is a prime example. The Asian giant is the top market for U.S. beef, but Australia's products could now take over America's spot since foreign beef tariffs in Japan will be cut by 27.5 percent for Australian producers under the CPTPP, The National Cattlemen's Beef Association has warned.

"The US beef industry is at risk of losing significant market share in Japan unless immediate action is taken to level the playing field," Kevin Kester, the association's president, said in a statement in December.

It's a similar story for American wheat.

Thanks to CPTPP, Canadian and Australian wheat exports to Japan now immediately benefit from a 7 percent drop in the Japanese government's mark-up price, which will become a 12 percent reduction in April, U.S. Wheat Associates President Vince Peterson said in a recent statement. By April, American wheat will face a $14 per metric ton resale price disadvantage to Australia and Canada, he warned, adding that his industry faces "imminent collapse" in Japan.

The U.S. and Japan don't have a free trade deal in place, something on which the President has been pressing Tokyo. In comparison, European nations, which also aren't part of the CPTPP, are expected to fare better given the new E.U-Japan bilateral trade deal.

If the CPTPP's roster of participants grows, the pressure on U.S. goods overseas would likely keep rising.

The United Kingdom, for one, has said that it is considering becoming a CPTPP member. The deal can help ensure "that a trade war in the Pacific does not hit British households in the pocket," the U.K. Department for International Trade said in a statement. It would also help U.K. businesses expand into new markets at a time when the country may no longer have special privileges with the E.U.

Japan Forges Trade Agreement With EU. Will the US Be Next?

The free trade agreement is scheduled to take effect February 1, 2019.

Such a bilaterla agreement could become a model for free trade negotiations between Japan and the United States, which are expected to begin in earnest later this year. These negotiations will be of major interest to the FTZ community as Japanese companies are major sources of foreign direct investment in the United States and are major users of the FTZ program.

Products impacted by the EU-Japan Agreement include Gouda/Cheddar cheese as well as wine exports from the EU, which will see the elimination of duties. Other products such as cosmetics, chemicals, textiles and clothing will also see the removal of tariffs in the competitive EU regions.

“Almost five centuries after Europeans established the first trade ties with Japan, the entry into force of the EU-Japan Economic Partnership Agreement will bring our trade, political and strategic relationship to a whole new level,” President of the European Commission Jean-Claude Juncker said. 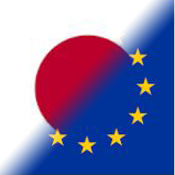 The TFTEA amended the Tariff Act of 1930 by simplifying the filing of drawback claims. Many members of the FTZ community also use drawback, so they will be interested in the new regulations as they make drawback filing less burdensome for both claimants and CBP. Some companies also use the drawback as an alternative to the FTZ program, as the initial investment is significantly less even though the savings are more narrowly focused on exports.

Although CBP has been in the Department of Homeland Security since shortly after 9/11, CBP revenue regulations require approval by Treasury. When they approved TFTEA, Congress gave Treasury two years to promulgate regulations implementing the new drawback amendments. Treasury did not meet the two-year deadline, which lapsed on February 24, 2018.

This date also marked the beginning of a transition year, set to end on February 23, 2019, during which drawback claimants could file drawback claims under the old rules, also known as “Core” Drawback, or under the new statutory provision in the TFTEA.

That never happened and a lawsuit ensued to enlist the help of CIT to order a remedy. The CIT Order was issued in response to the action brought by several companies. The Court concluded that an interim final rule was not an appropriate remedy, but that expedited promulgation of a final rule was warranted to prevent continued harm to plaintiffs as members of the importing public.

We Interrupt This Broadcast – The FTZine Staff wants to wish all of our readers a Happy New Year! 2019 is shaping up to be another big year for trade, with major U.S. negotiations taking place with the world’s largest economies including China, Japan, Canada, and Mexico.  Amid all of those discussions the federal government needs to find a way to restart as a shutdown has closed many “non-essential” functions that are essential for FTZs. This interruption of services may mean a rocky start to the new year for operating zones.