The Federal Government returned to work earlier this week after the longest government shutdown in American history. At 35 days it easily surpassed the previous record holder which took place over 21 days from 1995 to 1996 under President Bill Clinton. Reopening the government put the Department of Commerce back to work, but no FTZ Board activity was published in the month of January. And we may not be out of the woods yet. The government is only funded for 14 more days, raising the specter that another shutdown could be at hand. While the deadline for Grantee submission of FTZ Board Annual Reports has been extended until May 10th, the FTZine Staff urges operators to submit their reports by February 15th as the OFIS website used to submit the reports will go dark if the government shuts down again. Another deadline looming over FTZs this month is March 1st when the U.S. and China must strike a trade deal or risk an increase or expansion of tariffs on Chinese imports. And with the brutal cold in many parts of the country right now you really need to - hold onto your hats, and keep reading. 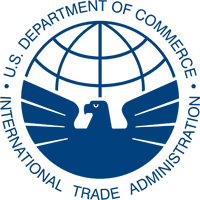 January is the first month in the history of this journal that there has been no activity published in the Federal Register from the U.S. Foreign-Trade Zones Board. The Department of Commerce resumed operations on January 28th, and Enforcement and Compliance, International Trade Administration, which includes the Foreign-Trade Zones Board, released a statement “that any delay and confusion caused by the closure of the Federal Government will best be minimized by uniformly tolling all Enforcement and Compliance deadlines for the effective duration of the recent closure (i.e., 40 days)”.

Certain antidumping and countervailing activity is excepted, but FTZ Board deadlines for general matters, such as Board Annual Reports, will be extended by 40 calendar days in accordance with the announcement. FTZ Board deadlines on specific cases, including comment periods whose start and end dates had been published in the Federal Register before the Department of Commerce closed on December 22, 2018, will remain in effect as previously published according to the announcement. The FTZine staff sees some potential for issues here since deliveries requiring signature were refused during the shutdown, and we will therefore continue to monitor the situation.

Last week Commerce Secretary Ross said the U.S. is still “miles and miles” from a trade deal with China.

“Frankly, that shouldn’t be too surprising,” Ross said in a “Squawk Box ” interview. The U.S. and China have “lots and lots of issues,” he continued, and the Trump administration will need to create “structural reforms” and “penalties” in order to resume normal trade relations with Beijing.

“We would like to make a deal but it has to be a deal that will work for both parties,” he said. “We’re miles and miles from getting a resolution.”

Yesterday, President Trump struck an optimistic tone as high-stakes trade negotiations with China were underway for a second day in Washington. Speaking in the Oval Office for the signing of an executive order highlighting the administration's "Buy American" policy, the president said there is a "very good chance" of a trade deal happening. The wide difference of opinion makes it hard for FTZs to predict what tariff rates will be in effect next month.

In a series of tweets, the President declared “Meetings are going well with good intent and spirit on both sides.”

But Trump said no final agreement will be made until he meets one-on-one with China’s President Xi “in the near future."

The talks between the United States and China began Wednesday at the White House as negotiators attempt to beat the clock in a 90-day trade war truce agreed to by President Donald Trump and Chinese President Xi Jinping last month at the G-20 in Argentina.

The negotiations in Washington, led by U.S. Trade Representative Robert Lighthizer and Chinese Vice Premier Liu He, kicked off in the Diplomatic Room of the Eisenhower Executive Office Building. They were joined by Chinese diplomats and Trump administration officials including Secretary of the Treasury Steven Mnuchin, Commerce Secretary Wilbur Ross, trade adviser Peter Navarro and economic adviser Larry Kudlow.

Mnuchin told Fox Business he expected "significant progress" to trade and market access between the two countries. But he added that the criminal charges brought against Huawei are not a part of negotiations.

Trump has been optimistic about the talks, but he said that if no deal is made by March 1st -- the end of the 90-day period -- he will increase the tariffs on Chinese goods from 10 percent to 25 percent.

China just last week announced its economy expanded at its slowest pace in almost three decades. This escalated fears of a possible downturn in global growth, coming after gloomy forecasts from the International Monetary Fund (IMF). On the U.S. side of the table the government is coming off an extended shutdown with broad financial impact and a bruising political battle over the federal budget. Both sides should be ready to negotiate.

Ross listed the sticking points, starting with what he calls America’s “intolerably big trade deficit” with China. That deficit ballooned to $323.3 billion in 2018, according to Chinese government figures released earlier this month. It’s the worst imbalance on record dating to 2006.

“The other problem is the future. That’s the 2025 plan that they have to try to dominate world high tech industries. We have to protect that,” Ross added. “The third area is American companies doing business in China should have market access, should have a level playing field, should not be subject to disrespect for their intellectual property rights.”

When asked whether the U.S. would change its March deadline, Ross said, “it’s difficult to prejudge where we’ll be in that point in time. But as that date approaches, the president and those of us who are dealing with the trade issues will get together and have a very serious discussion on where we stand at that point.” The FTZ world waits on that outcome. 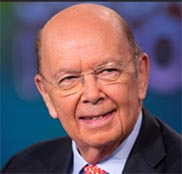 End of Shutdown Puts Government Back To Work . . . For Now

Although the U.S. Federal Government has returned to work it is not clear how long that will be the case. President Trump has said another government shutdown is “certainly an option” as he expressed skepticism that Congress would reach a deal to fund the border wall he has requested, The Wall Street Journal reported last Sunday.

Trump told the Journal in an interview that he thinks there’s a less than 50 percent chance such a deal could be reached before the next government funding lapse on Feb. 15 — which is just two weeks away.

The president also said he doubted he would accept less than $5.7 billion for the border wall, nor would he agree to grant citizenship for “Dreamers” — immigrants illegally brought to the U.S. as children who would have benefited from never-passed proposals in Congress called the DREAM Act — in exchange for wall funding, according to the Journal report.

One week ago the President signed a bill to temporarily end the 35-day partial government shutdown that dragged on as he argued with Democrats over a proposed border wall. The shutdown, which was the longest in U.S. history, caused about 800,000 federal workers to miss paychecks with some having to scramble to cover meals and bills.

The U.S. Federal Reserve opted not to raise interest rates during its policy meeting this week and pledged that future moves will be done patiently and with an eye toward how economic conditions unfold. This comes after further evidence of softening in the Chinese and European economies.

In a statement Wednesday, the central bank voted unanimously to hold its policy rate in a range between 2.25 percent and 2.5 percent.

The Caixin/Markit Manufacturing Purchasing Managers’ Index (PMI) came in at 48.3 in January, compared to 49.7 in December. Analysts polled by Reuters had expected the Caixin PMI to be 49.5 last month.

A reading above 50 indicates expansion, while a reading below that level signals contraction.

At the World Economic Forum held in January in Davos, Switzerland, the International Monetary Fund cut its forecast for the world economy, predicting it will grow at the weakest pace in three years in 2019 and warning fresh trade tensions would spell further trouble.

In its second downgrade in three months, the lender blamed softening demand across Europe and recent palpitations in financial markets. It predicts global growth of 3.5 percent this year, beneath the 3.7 percent expected in October and the rate in 2018. 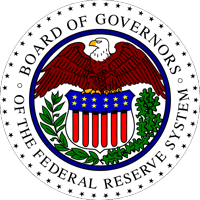 UK companies and their American trading partners may need to speed up plans for a no-deal Brexit in response to this week's votes in the U.K. Parliament.

British Prime Minister Theresa May is expected to seek further talks with EU leaders in the coming days after Parliament voted 317 to 301 in favor of replacing a key component of her Brexit proposal. Without any Brexit deal companies that remain in, or do business with Britain face an uncertain future with respect to trading practices. This uncertainty has weighed down optimism for economic growth in Europe.

Markets have also been roiled by unsettling developments in Italy and Venezuela, markets important to many U.S. FTZs.

Italy’s economy contracted for the second consecutive quarter at the end of last year, data showed on Thursday, throwing the country into recession in a setback for the new government.

Gross domestic product fell a quarterly 0.2 percent between October and December, following a 0.1 percent decline in the third quarter, and was up 0.1 percent on an annual basis, national statistics bureau ISTAT reported.

The fourth quarter decline was steeper than expected. The average forecast in a Reuters survey of analysts had pointed to a 0.1 percent fall quarter-on-quarter, up 0.3 percent year-on-year.

The U.S. petroleum industry, a major FTZ participant, may be impacted if conditions in Venezuela continue to decline. Complicating the situation there is the fact that the Russian Government is backing the Venezualan leader who appears to have lost the recent election but has refused to acknowledge that result.

The United States continues to squeeze and isolate the Venezuelan regime led by Nicolas Maduro with even more sanctions and support for opposition leader Juan Guaido. But more than a week after protests erupted through the streets of the embattled nation, Maduro remains steadfast – with the hand of Russia and China working in and out of the shadows, complicating U.S. efforts to foster change.

That once again puts the U.S. on the opposite side of the table from Russia and China in developments that must be closely watched.

Due to the lapse in Federal appropriations, no U.S. Foreign-Trade Zones Board Activity was published in the Federal Register last month.

The Federal Government returned to work earlier this week after the longest government shutdown in American history. At 35 days it easily surpassed the previous record holder which took place over 21 days from 1995 to 1996 under President Bill Clinton. Reopening the government put the Department of Commerce back to work, but no FTZ Board activity was published in the month of January. And we may not be out of the woods yet. The government is only funded for 14 more days, raising the specter that another shutdown could be at hand. While the deadline for Grantee submission of FTZ Board Annual Reports has been extended until May 10th, the FTZine Staff urges operators to submit their reports by February 15th as the OFIS website used to submit the reports will go dark if the government shuts down again. Another deadline looming over FTZs this month is March 1st when the U.S. and China must strike a trade deal or risk an increase or expansion of tariffs on Chinese imports. And with the brutal cold in many parts of the country right now you really need to – hold onto your hats, and keep reading.
Share
0