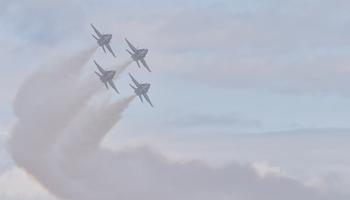 International traders are breathing easier now that the new list of Chinese companies with import bans has been published . . . and looks a lot like the old list. That helped smooth the June implementation of the Uyghur Forced Labor Prevention Act (UFLPA), and eased the breathing patterns of US importers.

Other dialogue on international trade is still dominated by the effects of the pandemic, and the war in Ukraine.

Increases in energy prices around the globe mean Russia is earning more money on oil and gas exports now than it was before the invasion began. This raises concerns that the sanctions on imports from Russia may actually be perpetuating the conflict in Ukraine, as export dollars quickly refill the coffers of the Russian war machine.

Enforcement of the new Uyghur Forced Labor Prevention Act (UFLPA) has just begun, and initial detentions have not had the dramatic impact on import flows that many (including the FTZ’ine staff) had feared.

Under UFLPA, the US Forced Labor Enforcement Task Force (FLETC) created an ‘Entities List’ of companies inside and outside of China suspected of using components and raw materials made with forced labor.

While the list of banned companies is expected to grow, the initial implementation mainly reflected sources already known to importers as subject to detention upon import, and was not the system shock it could have been.

U.S. Secretary of State Antony Blinken said that the United States is asking allies to join the fight against forced labor as it begins implementing UFLPA.

"We are rallying our allies and partners to make global supply chains free from the use of forced labor, to speak out against atrocities in Xinjiang, and to join us in calling on the government of the PRC (People's Republic of China) to immediately end atrocities and human rights abuses," Blinken said in a statement.

China denies abuses in Xinjiang, a major cotton producing region that also supplies much of the world's materials for solar panels.

"With this so-called law, the United States is trying to create forced unemployment in Xinjiang and to push for the world to decouple with China," Wang said.

The FLETC Entities List issued by CBP includes textile, solar-grade polysilicon, and electronics companies. CBP has said imports from other countries would be banned if related supply chains include Xinjiang inputs, and that a very high level of evidence will be required for importers to receive an exception to targeted goods.

One June 17th CBP gave us one more piece of the Ocean Manifest House Bill puzzle for FTZs.  CSMS #52209523 - Updated Draft FTZ CATAIR chapter links to a draft CATAIR for updates to the e214 to include house bill release functionality.  It is a little difficult to find.  Following the link in the CSMS takes you to the full CATAIR page. To see what is being planned, you must click on the section labeled, “Draft Chapters: Future Capabilities” and then select “Foreign Trade Zone (v3.2) Draft”.  You’ll also note on that page that while there is no date set for this functionality to be ready for testing, it is expected to go into production in August 2022, only 2 months after being published in draft form.

The CATAIR draft does note that when house bill release goes live this August, the house bill number, if one exists for the shipment being admitted, will be REQUIRED for both air and ocean shipments on the e214.  So, if you have not been receiving house bill information for your ocean receipts, you want to start preparing now to make sure you have it when this becomes mandatory. Further, if you currently transmit manifest information electronically to your FTZ administration software, all of those feeds will need to be reviewed for the new field.

The concurrence and ePTT functionality is also being updated to require ocean house bill for both the requesting of an ePTT and the concurrence that posts, and closes, the bill of lading.  Soon, tracking down General Order messages on a shared ocean bill, only to find out everything with your e214 is fine and it was someone else’s goods that went GO will be a thing of the past!

As you are preparing, if you have questions or comments on house bill release, please send them to our Sr. Vice President and Chair of the National Association of Foreign-Trade Zones, Melissa Irmen at Melissa.Irmen@iscm.co. 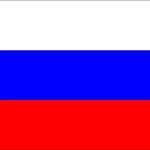 China and India, the world’s most populous countries, are now purchasing roughly the same volume of Russian oil that would normally have been sold to Europe. Oil prices are so high, even in the U.S., that Russia is making more money now from oil sales than it did before it invaded Ukraine in February.

During a meeting with other Group of 7 leaders last week, President Biden announced an unusual plan to try and manipulate the market price of oil to restrict the revenue that is helping to fund Russia’s aggression.

As if to taunt the leaders participating in the effort, Russia launched a barrage of missiles into Ukraine while those discussions were underway in Bavaria.

In May, China’s imports of Russian oil rose 28 percent from the previous month, hitting a record high and helping Russia overtake Saudi Arabia as China’s largest supplier, according to Chinese statistics. India, which once purchased little Russian oil, is now bringing in more than 760,000 barrels a day, according to shipping data analyzed by Kpler, a market research firm.

“Asia has saved Russian crude production,” said Viktor Katona, an analyst at Kpler. “Russia, instead of falling further, is almost close to its prepandemic levels.”

The economic pain that international sanctions were meant to inflict on Russia is reverberating more in the United States and Europe, where skyrocketing energy and food prices seem to imperil only the terms of the Western leaders aligned to support Ukraine.

The full impact of Europe’s embargo measures may not yet have taken effect. Those effects are aimed at hobbling Russia’s banking and other industries, but it is largely the sale of oil and gas that keeps the Russian government, and military, in business.

How Long Can YOU Hold Your Breath?

There has been little progress that anyone can see in the contract negotiations between the International Longshore and Warehouse Union (ILWU) and the Pacific Maritime Association (PMA). The smooth movement of import and export cargo through US west coast ports depends on a resolution, and for now there are no signs that any disruption to trade flows is imminent.

The current contract expires at 5 p.m. tomorrow. U.S. Labor Secretary Martin Walsh told Reuters earlier this week that he checks in weekly with the two sides. They "continually tell me that we're in a good place. It's moving forward."

The ILWU and PMA have now been negotiating on and off for almost two months. While little has been shared publicly, it is likely that the issues of wages and automation are the focus of discussions, as they have been in previous negotiation cycles.

Both sides met this month with President Biden aboard the U.S.S. Iowa in the WWII battleship’s place of honor in Los Angeles Harbor.

“The parties remain focused on and committed to reaching an agreement,” according to the joint statement released after the meeting. 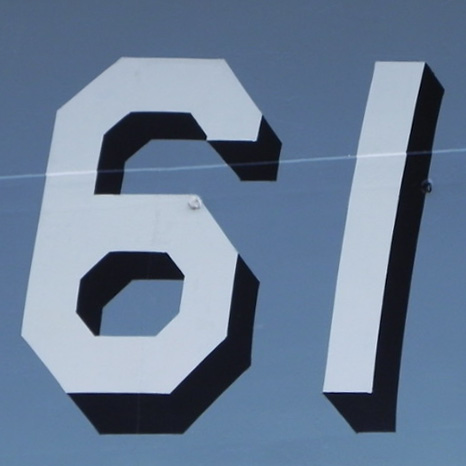 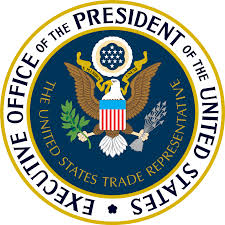 President Biden announced plans to ask Congress for a suspension of the federal gas tax in an effort to reduce the bite of fuel prices that have been a major contributor to inflation.

In addition to this stimulus measure, it had also been reported that the Biden administration was considering lifting the additional Section 301 tariffs on imports from China. This got the attention of FTZ users and consumers alike.

U.S. Trade Representative Katherine Tai (USTR) quashed that speculation in June though and added “A trade negotiator never walks away from leverage.”

In testimony before the U.S. Senate Appropriations Subcommittee on Commerce, Ambassador Tai defended the importance of the levies, calling them “a significant piece of leverage” in relations with China and saying there was a limit to what could be done to address short-term challenges like inflation.

China has not fulfilled all of the commitments it made to the United States as part of a 2020 ‘Phase 1’ trade deal, including an agreement to purchase an additional $200 billion worth of American soybeans, planes, energy and other products before the end of 2021.

Ms. Tai told lawmakers that she viewed it as worthwhile to have conversations with the Chinese regarding their performance under the trade deal, given that “China does care about international credibility.” But she noted “that has not been enough to motivate China to make good on these purchase commitments in particular.”

“That is what is leading us to conclude that it is time to turn the page on the old playbook,” she said. “We do need to enforce our rights with respect to China, and we need to defend the interest of our entire economy.”

With respect to reducing the tariffs, she said, “we need to be keeping our eye on the ball on this bigger picture.”

You need to learn how to spell the name of the country in the northeast corner of the Mediterranean Sea. Even if you thought you already knew.

The country you have called Turkey is now spelled "Türkiye" in the halls of the United Nations, after the world body agreed this month to recognize a change in the spelling of the country’s name.

The campaign to rebrand as Türkiye began as an official request from Türkiye 's government in December.

In a letter addressed to UN Secretary-General António Guterres, Türkiye’s government wrote: "the Government of the Republic of Türkiye, henceforth will start using 'Türkiye' to replace the words such as 'Turkey,' 'Turkei' and 'Turquie' that have been used in the past to refer to the 'Republic of Turkiye.'"

Of note to importers and exporters, the ISO alpha-2 designation for the country (TR) has not changed. 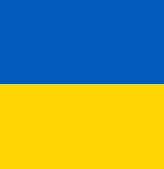 Ukraine is one of the world’s top wheat exporters, but more than 20 million tons of grain have been trapped in silos since Russia invaded the country and blockaded Ukrainian ports on the Black Sea.

They support efforts by the United Nations to broker a deal to resume Ukraine's sea exports in return for facilitating Russian food and fertilizer exports, but that would need Moscow's approval.

Türkiye had good relations with both Kyiv and Moscow, and has said it is ready to take up a role within an "observation mechanism" based in Istanbul if there is a deal.

Those good relations may have just changed however, as Türkiye has dropped its objection to the expansion of NATO to include Sweden and Finland, news that will be poorly received in Moscow.

Meanwhile, talks among EU member states on a new package of sanctions against Russia are continuing, according to the EU official who signalled that fresh measures are not imminent.

The existing sanctions are already extensive and the countries are far from a consensus on restrictions of Russia's lucrative and vital gas exports to the EU, the official said.

International traders are breathing easier now that the new list of Chinese companies with import bans has been published . . . and looks a lot like the old list. That helped smooth the June implementation of the Uyghur Forced Labor Prevention Act (UFLPA), and eased the breathing patterns of US importers.

Other dialogue on international trade is still dominated by the effects of the pandemic, and the war in Ukraine.

Increases in energy prices around the globe mean Russia is earning more money on oil and gas exports now than it was before the invasion began. This raises concerns that the sanctions on imports from Russia may actually be perpetuating the conflict in Ukraine, as export dollars quickly refill the coffers of the Russian war machine. In response, European leaders have just announced an embargo on Russian oil delivered via ocean. That will initially further strain crude oil inventories and drive high gasoline prices higher.