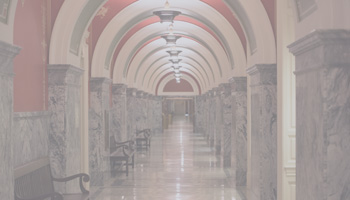 The revolving door at the top of U.S. Customs and Border Protection was spinning again last month as Chris Magnus was pressured to resign as Commissioner. While administration concerns with Magnus centered on Border Control, it leaves U.S. trade policy enforcement without a leader once again.

Still no word on an ILWU contract as west coast container volume continues to shift eastward. Unusually swift and bipartisan action by Congress to end the possibility of a rail strike could help nudge the longshoreman back to the table.

Both sides of the Ukraine conflict appear to be digging in for a long winter. The revelation that U.S.-origin parts were used to construct Iranian drones used by Russia could presage a fresh look at export controls.

Things have been looking good for the U.S. economy. Holiday sales numbers have encouraged merchants so far, and as long as no more shocks emerge there could be a path to tempered growth. 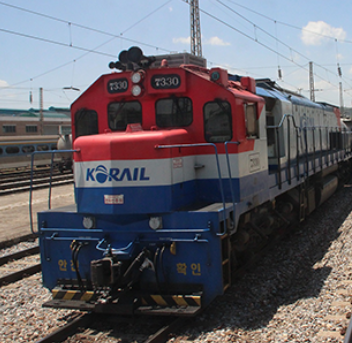 After meeting at the White House Tuesday, congressional leaders said they would quickly draft the legislation needed to prevent a rail work stoppage at the end of this week. And they did.

The Senate voted 80-15 yesterday to pass a bill that would impose the terms of the contract agreement reached in September between rail management and the major rail unions.  A related bill to add 7 days of paid sick leave to the contract failed to muster the needed Senate votes. The House passed the measure imposing the September agreement and President Biden is expected to sign it shortly, avoiding the possibility of a rail strike.

In July, President Biden appointed a Presidential Emergency Board (PEB) to help resolve the simmering dispute between freight rail carriers and the 12 rail unions.

In early fall, an agreement was finally reached between the rail companies and union leadership, providing a 24 per cent pay raise over the five-year period from 2020 to 2024, alongside improved healthcare benefits. Rank and file workers at eight of the unions approved the deal, while 4 narrowly rejected it.

In a statement Monday, Biden had urged the Congress to pass a legislation that would enact the deal without modification.

“A clear pattern of ratified agreements has been established and Congressional action to prevent a work stoppage in this manner is appropriate. These agreements will ultimately boost average employee compensation and benefits to more than $160,000.”

There are twelve railroad unions that form the coalition for National Freight Rail Bargaining:

Yesterday, CBP updated their online ACE FAQ document to include items specific to house bill release, including some that are unique to FTZ processing. This is a good reference for anyone preparing for ocean shipments arriving in their FTZ.

One item of note is the fact that the House Bill of Lading (HBOL) should include the carrier code, also known as the SCAC, of that HBOL. There is no additional field for the HBOL SCAC. It is simply appended to the beginning of the BOL number. Since this is not the case for air shipments, and since FTZ operators have only had to enter house bill numbers for air shipments until now, this may come as a surprise to some operators when filing e214s after March 4.

This detail wasn’t mentioned in the e214 CATAIR, so if your data interfaces are developed based on that, double check with your IT department that this is known and accounted for in the interface. If you aren’t using electronic interfaces to populate your manifest data, be sure that not only the HBOL, but also the HBOL SCAC is included in your paperwork for all ocean shipments.

While we are on the subject of SCACs, did you know they expire every year? We didn’t either, but a recent CSMS message was sent to remind carriers to renew their registration for the year or they will no longer be recognized as valid carriers in CBP systems. So, if you start seeing strange messages about invalid SCAC, check with your carrier.

As you are preparing, if you have questions or comments on the idea of house bill release, please send them to our Sr. Vice President and Immediate Past Chair of the National Association of Foreign-Trade Zones, Melissa Irmen at Melissa.Irmen@iscm.co. 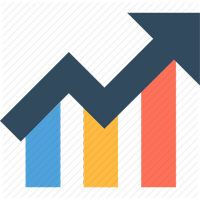 The US economy grew much faster than expected in the third quarter, according to the latest gross domestic product report, which showed GDP rose by an annualized rate of 2.9%.

That's an improvement from the initial government reading in October that showed 2.6% growth in economic activity, and a clear turnaround from the economic contractions of 1.6% in the first quarter of the year and 0.6% in the second.

Now we are not saying this will make Wall Street happy. Analysts and traders are concerned that this strong number will fuel inflation and force the Fed to continue pushing interest rates higher.

In a sign of slowing though, the U.S. private sector added only 127,000 jobs in November, the slowest monthly job gains since January 2021, according to a report by payroll processing giant ADP.

In other signs of a slowing economy, crude oil prices have been dropping again, and the yield on Treasury yields also fell. These mixed signals mean the near-term economic outlook is still hard to call.

Adding to the gyration of a wild year for markets, the unemployment rate ticked higher in October, and wage increases slowed a touch.

Worldwide, markets grew brighter on hopes that China may relax its zero-COVID strategy and invigorate the world’s #2 economy.

The two-year stretch of vessel queues at the Port of Los Angeles and Port of Long Beach has officially ended. At least until we have a west coast contract that draws container volume back to the Ports of LA/LB.

The parking lot in San Pedro Bay lasted for two years, holding a peak of 109 vessels in January of this year.

The Port of New York and New Jersey moved 792,548 TEU in October, retaining its title as the nation’s busiest single port for a third consecutive month. That volume represented a nearly 19 per cent increase over pre-pandemic, 2019 levels. That surge of containers eastward has strained NY/NJ terminal capacity.

As part of its effort to reduce congestion despite the higher volumes, New York implemented a quarterly container imbalance fee for ocean carriers. The fee was put in place to reduce the number of empty containers dwelling at the port, and since its inception in September, the seaport has moved the equivalent of 200,000 TEU of empty containers from its facility. 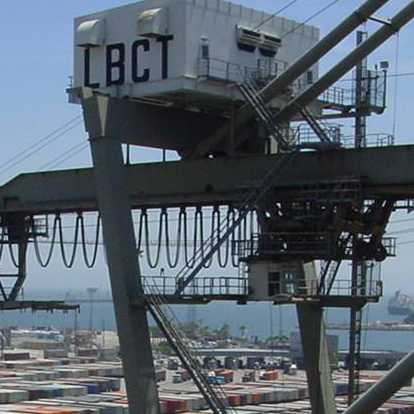 Is China Ready To Break The Cycle Of COVID Shutdowns?

Rare nationwide protests have broken out in multiple cities in China, with citizens expressing frustration over stringent Covid lockdowns. China Covid cases have jumped to a record high, raising concerns about the economic impact the government’s next steps will have.

The damage to the Chinese economy is already putting pressure on the government to reopen parts of the country that are under lockdown, and while there are signs that the government of President Xi may be ready to relax his lockdown strategy, there are no clear actions that suggest he is actually going to do so.

The Chinese president attended several events at the Group of 20 gathering in Indonesia last month without a mask, and shook hands with leaders including US President Joe Biden. President Xi also met his Cuban counterpart Miguel Diaz-Canel in Beijing without wearing a mask.

Even so, lockdown protesters around the country have been dealt with harshly,  and there has been no official announcement to suggest China will not soon shut down more large swaths of its manufacturing output to try and contain the latest outbreak.

The Chinese demonstrations started after 10 people died in a fire in Urumqi, a city in Xinjiang where some residents have been under lockdown for more than 100 days. Many Chinese blamed the deaths on Covid restrictions, saying residents were unable to escape in time and rescue efforts were delayed.

Do We Need A New CBP Commissioner? Indeed We Do

It could be time to update your LinkedIn profile if you would like to be the next Commissioner of Customs and Border Protection. The White House announced last month that CBP Commissioner Chris Magnus offered his resignation, and that President Biden accepted.

The shakeup at CBP comes after arrests at the southern border climbed to a record of more than 2.3 million in the past year, fueling attacks from Republicans that the Biden administration's border policies encourage migrants.

Migrant stops at the Mexican border totaled 2.38 million in the fiscal year that ended Sept. 30, up 37% from the year before. That annual amount is more than twice the highest level during Donald Trump’s presidency, driving the policy scrutiny.

Secretary of Homeland Security Alejandro Mayorkas thanked Magnus for his service in an email to the CBP workforce. He also announced that Troy A. Miller, a career CBP official would again serve as acting commissioner.

Magnus, who is 62, was picked by the White House and confirmed by the Senate in a party-line vote. He lasted in the job less than a year.

The revolving door at the top of U.S. Customs and Border Protection was spinning again last month as Chris Magnus was pressured to resign as Commissioner. While administration concerns with Magnus centered on Border Control, it leaves U.S. trade policy enforcement without a leader once again.

Still no word on an ILWU contract as west coast container volume continues to shift eastward. Unusually swift and bipartisan action by Congress to end the possibility of a rail strike could help nudge the longshoreman back to the table.

Both sides of the Ukraine conflict appear to be digging in for a long winter. The revelation that U.S.-origin parts were used to construct Iranian drones used by Russia could presage a fresh look at export controls.

Things have been looking good for the U.S. economy. Holiday sales numbers have encouraged merchants so far, and as long as no more shocks emerge there could be a path to tempered growth.